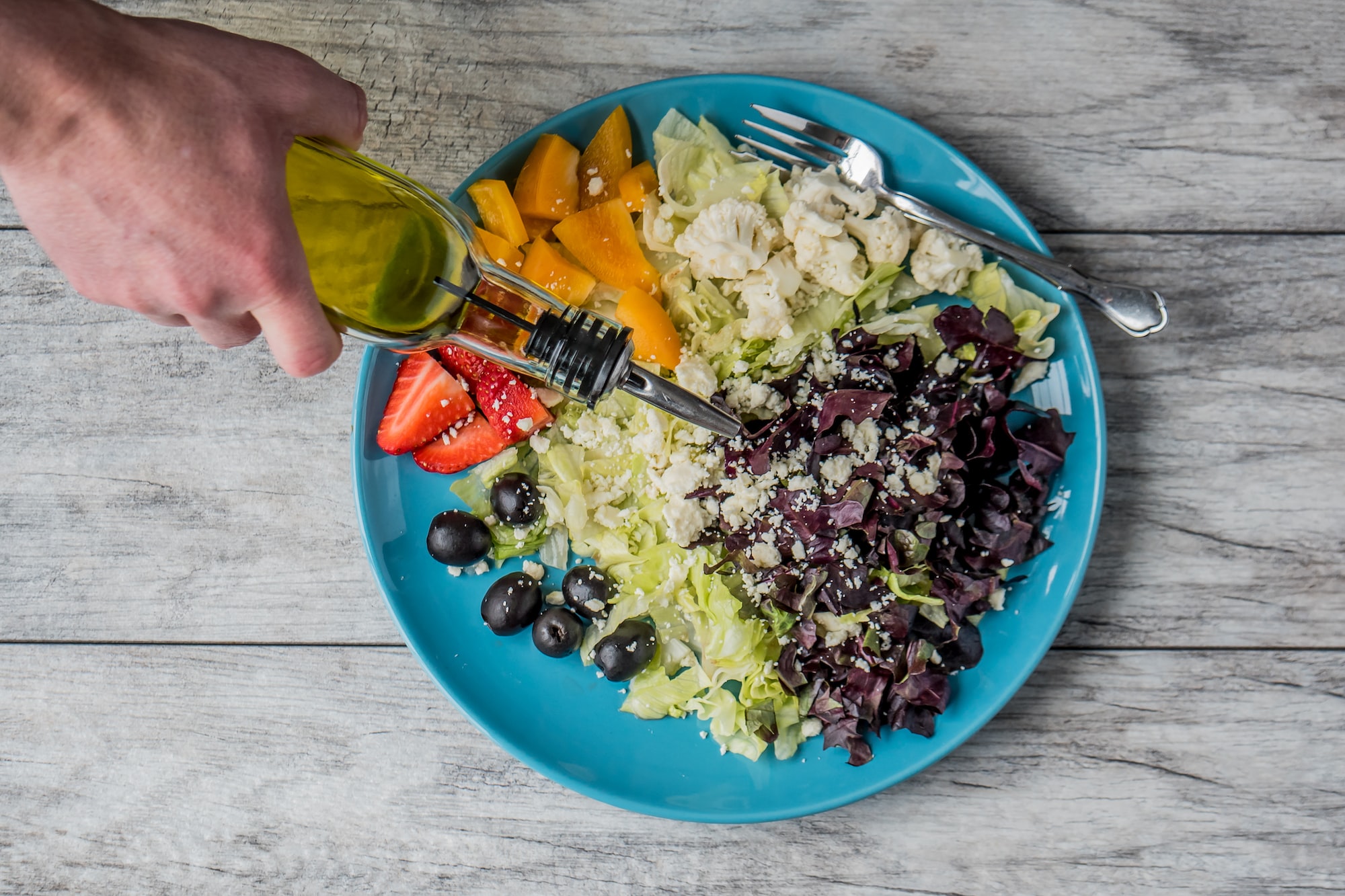 Olive oil and most other cooking oils are almost always both gluten free and vegan, but there are some important considerations depending on the specific olive oil product and its production methods that may sway your choice from one brand to another.

Olive oil (especially extra virgin olive oil) is absolutely loaded with health benefits, thanks to its beneficial fatty acid profile and high levels of polyphenols and antioxidants. It’s also a staple of the Mediterranean diet, which is often considered one of the healthiest on the planet. So it’s no surprise that people who are prioritizing their wellbeing by eating gluten-free diets or vegan diets would consider including it in their salad dressings, stir-fries, and other recipes.

But is olive oil truly 100% gluten-free and vegan? Most of the time, yes. There are, of course, a few exceptions and considerations. If you are using an infused olive oil, for example, you have to be wary about potentially non-gluten free added ingredients; and depending on how strict of a vegan you are—and whether your vegan values extend to all levels of olive growing—then you may need to do some extra research when selecting an olive oil.

Below, we’ll discuss all this and more so you can feel confident about adding EVOO to your diet.

While the process involves many steps, virgin and extra virgin olive oils are made relatively simply, by picking and washing the olives, grinding the olives into a paste, stirring (or malaxing) the paste, centrifuging the paste to separate the oil from the solids, filtering or racking the oil to remove any last bits of sediment, and finally bottling the oil. Production of refined olive oils (pure, light, and regular olive oils), entails several additional steps such as the addition of high heat and additives like alkali and activated carbon to eliminate impurities in flavor and aroma—but still, no gluten-containing ingredients are added in any step of the process.

Are there any exceptions? There are two situations where you need to be a bit careful: 1) When olive oil is made in a facility that also produces gluten-containing foods; and 2) when you are dealing with an infused or flavored olive oil.

When olive oil is produced in a shared facility that produces gluten-containing foods, there is always a slight possibility for cross-contamination. The amount of gluten present in an olive oil would be extremely low in these instances, but they could potentially be a concern for someone with celiac disease. That’s why the non-profit organization Beyond Celiac recommends looking for olive oil that is certified-gluten-free or produced in an allergen-free facility.

As for infused olive oils, the only time you may really run into trouble is when you’re dealing with smoke-flavored oils—whether it’s olive oil or any other cooking oil such as canola oil or vegetable oil. That’s because in some “natural smoke flavoring,” the gluten-containing grain barley is used as an ingredient. So, these oils should be avoided unless the oil has a gluten-free certification or you’ve ensured that the manufacturer uses a gluten-free version of smoke flavoring. You can also make your own smoked olive oil if you’re feeling ambitious!

Check out some of our favorite gluten-free recipes featuring olive oil:

Yes, olive oil is naturally vegan as it is made from olives, which are a fruit. Veganism is a type of diet excluding meats, fish, dairy, and basically any other animal-derived foods or ingredients. Depending on how strict your vegan diet is, you may choose to avoid honey, because it is produced by bees, or even certain wines, which may undergo a process to remove unwanted compounds that sometimes involves animal-derived ingredients such as gelatin, egg whites, and casein.

So where does olive oil come in? Olive oil is a single-ingredient plant-based food, and during the olive oil production process (as described above), there is no addition of animal-derived products. So for many of the strictest vegans, olive oil is perfectly acceptable. It’s also a great source of nutrient-dense fat, which can sometimes be lacking in poorly formulated vegan diets.

However, if we’re going to get really picky—olive oil may not be “veganic.” What is veganic, you ask? It’s not a widely used term and there is no official label or seal, but according to the website Veganic World, veganic agriculture is: “organic agriculture that is free from farmed animal inputs. While organic agriculture avoids use of chemical pesticides and fertilizers and GMOs, veganic farming additionally avoids farmed animal byproducts including manure, fish emulsion, feather meal, blood meal, and bone meal. Instead, farmers enhance soil fertility through the use of methods and practices such as plant-based composts and green manures.”

The good news, however, is that olive trees are quite hardy and don’t require high levels of fertilizers to grow well. In fact, many European olive growers fertilize trees just every other year, according to SFGate, and that doesn’t even necessarily mean animal fertilizers are used. That’s far less often than what’s required for many other plant crops.