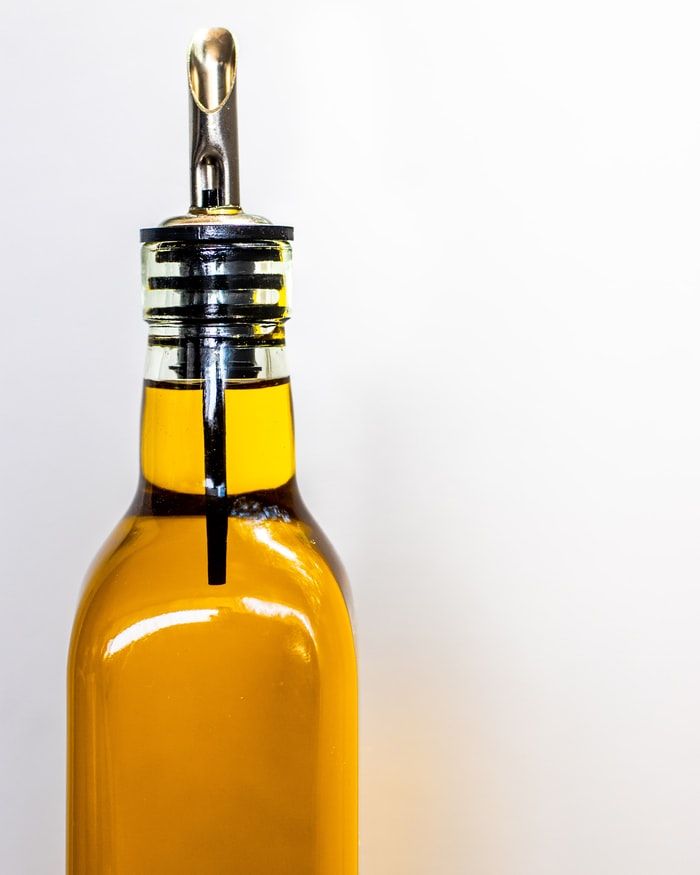 Olive oil can be called the Goldilocks of oil: it’s packed with healthy compounds, it’s delicious and versatile, and--bonus points--it’s gold. It has a vast array of science-backed health benefits and an intriguing depth of flavor, which spans from grassy to peppery, depending on the bottle. As such, it’s easy to make the case for using olive oil in your meal preparations.

That said, there’s another oil that’s probably in your kitchen, begging to be used: canola oil. This common cooking oil a type of vegetable oil that is often used in baking, frying, and sauteing. Should you be using canola oil instead?

We all know that canola oil is cheaper than olive oil, but how does it hold up in terms of taste, health, and smoke point? In this article, we’ll dive into the differences between these two popular oils. Read on to learn about their flavor characteristics, nutrient profiles, and more.

Olive Oil vs. Canola Oil: How Is It Made?

First of all, you might be wondering: what exactly is canola oil? Canola oil is made from the rapeseed plant, a bright yellow flowering plant of the mustard or cabbage family. While rapeseed naturally contains a number of toxic compounds – including erucic acid and glucosinolates – the rapeseed that is used for producing canola oil has been bred to have low amounts of these toxic compounds. That means this seed oil is safe to consume.

Here’s how canola oil is made, as laid out by the Canola Council of Canada.

In general, a tablespoon of canola oil contains the following, according to the USDA:

In general, one tablespoon of olive oil contains the following, according to the USDA:

As you can see, both are similar in terms of total fat content and calories. However, olive oil is lower in potentially harmful saturated fats and higher in heart-healthy monounsaturated fats  and omega-3 fatty acids.

In addition to what’s on the label, canola and olive oil both contain a healthy amount of vitamin E and a decent helping of vitamin K.

However, olive oil contains healthy polyphenols, powerful antioxidants that protect the body from free radicals. Olive oil also contains phytosterols, squalene, chlorophyll, and carotenoids such as lutein. These are most plentiful in EVOO, rather than processed olive oils.

Which is Healthier: Canola Oil or Olive Oil?

Olive oil, particularly EVOO, is healthier than canola oil. Its benefits for heart health, fighting against risk of heart disease and cardiovascular disease, and anti-inflammatory properties come courtesy of its antioxidants and other bioactive compounds, which are most prevalent in the unrefined oils. The polyunsaturated fatty acids can help manage cholesterol levels, too. In fact, EVOO is one of the healthiest oils out there. As canola oil is highly refined, on the other hand, it lacks these health benefits.

Canola oil is sometimes cited as a heart-healthy oil. According to Healthline, however, consumers should be vigilant about these claims. “Keep in mind that many studies linking canola oil to heart-health benefits have been funded by the canola industry, potentially raising conflicts of interest.”

In fact, one study of 2,071 overweight people or adults struggling with obesity found that those who used canola oil frequently were more likely to develop metabolic syndrome than those who rarely or never used it.

What is The Difference in Taste?

Olive oil has a range of flavors, depending on how it was processed. Canola oil, on the other hand, has a pretty predictable taste. Here’s how they differ.

Canola oil is known for its very neutral flavor. In fact, it is bleached and deodorized to keep its flavor neutral. That’s why it is mostly used in baked goods, fried foods, and in commercial kitchens.

Regular or light olive oils have a neutral flavor that’s somewhat similar to the flavor of canola oil. Virgin olive oils, however, have a far more complex flavor profile.

To experience the many flavors of olive oil, try hosting an olive oil tasting for your friends!

How Does The Smoke Point Differ?

What exactly is a smoke point? A smoke point is the high temperature at which an oil starts to break down and release free radicals. Free radicals are inflammatory compounds that can damage health by promoting oxidative stress.

This is where canola oil pulls ahead in the race. At 460ºF, canola oil has a higher smoke point than EVOO or virgin olive oil, which clock in at 350º to 410ºF. However, refined olive oils have a comparable smoke point of up to 470ºF.

This high smoke point means that neutral-tasting canola oil and refined olive oils are both suited to many types of high heat cooking, including frying, baking, roasting, and stir-frying. If you want to add the unique olive oil flavor, however, a high-quality EVOO is the oil for the job, even with the lower smoke point. You can even use it in baking, like this gluten-free lemon olive oil cake.

Call us biased, but olive oil is the clear winner in this showdown. Not only does this type of oil add more flavor, but it has far more healthy unsaturated fats, bioactive compounds, and less unhealthy fats, so it's better for overall wellness. The minimal processing of extra virgin olive oil is also a factor for us, as it uses no solvents and less energy. Of course, canola oil is cheaper than olive oil, which makes it a sensible choice for deep-frying.

While you may have both in your pantry, olive oil should be the oil to reach for in most occasions.