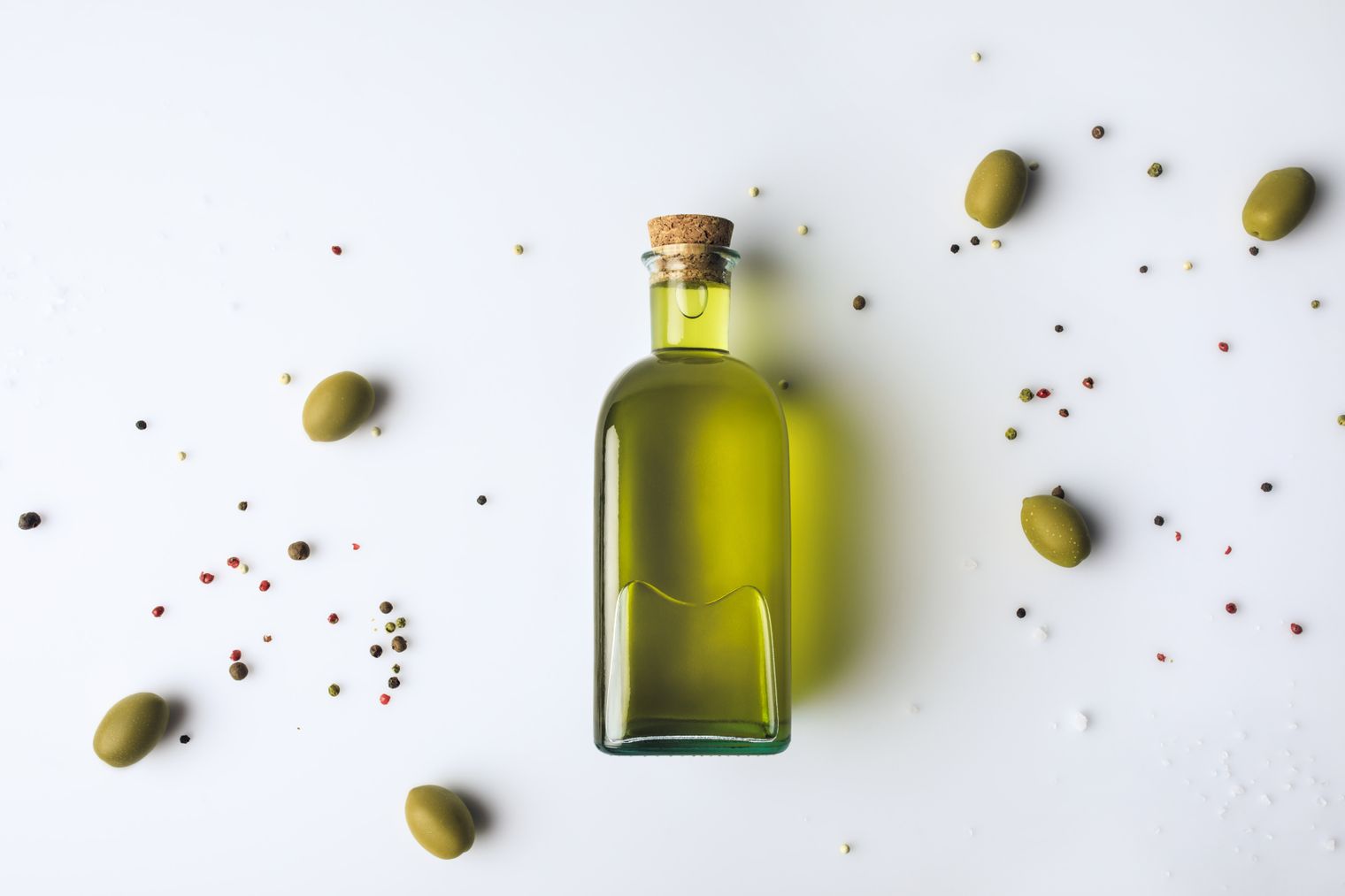 The Bioactive Compounds In Olive Oil

That fruity-grassy aroma, slightly bitter taste, and pungent peppery bite that you can feel in the back of your throat are all signs of a fresh, ultra healthy olive oil. Why? These qualities are key indicators that your olive oil is brimming with potently nutritious bioactive compounds.

Olive oil's bioactive compounds—including various olive oil polyphenols (e.g. oleuropein, hydroxytyrosol and oleocanthal), oleic acid, phytosterols, and more—are known for their antioxidant and anti-inflammatory properties. The interplay between these compounds is also the reason olive oil is associated with so many health claims such as reduced risk for cancer and heart disease.

Additionally, the fresher the olive oil, the greater the levels of bioactive compounds—and flavor! So you'll always want to consume your olive oil within a reasonable amount of time (pro tip: unlike wine, olive oil doesn't age well). Try not to go past the "best buy" date.

What Are Bioactive Compounds? More Than Just Antioxidants

Bioactive compounds are natural chemical molecules that typically occur in small amounts in plant foods such as vegetables, fruits, seeds, nuts, oils, and whole grains—and they have beneficial effects on health, including their antioxidant properties and free radical-scavenging potential.

There are many classes and subclasses of dietary bioactive compounds being studied for their ability to improve various biomarkers of health and reduce risk of chronic diseases—including those present in extra virgin olive oil.

A number of recent lab and in vivo studies (on animals and humans) suggest that the bioactives in olive oil may have the following health benefits, and possibly more:

Bioactive Compounds Found In Olive Oil & Why They're So Healthy

A high quality olive oil is absolutely packed with bioactive compounds—which is probably a big reason people eating a Mediterranean diet tend to be so healthy. While there are too many to list here, we’ve rounded up the bioactives with the strongest health benefits, all supported by recent studies. These include:

1. Biophenols (a.k.a. polyphenols or phenolic compounds)

Biophenols is the term used to refer to the polyphenol compounds (sometimes called phenolic compounds) present in olive oil. So when a company refers to their olive oil as "high phenolic olive oil," they’re trying to say it’s high in these beneficial olive oil polyphenols, which include hydroxytyrosol, tyrosol, oleuropein, oleocanthal, caffeic acid, lignans, flavones, and more.

Biophenols are one of the most robustly studied groups of olive oil bioactive compounds, with research demonstrating their antioxidant properties and protective effects against oxidative stress—a type of physiological stress that can cause DNA mutations and lead to cancer, diabetes, cardiovascular diseases such as heart disease, and neurodegenerative disorders such as Alzheimer’s.

While there are many different biophenols present in extra virgin olive oil, the most well studied are hydroxytyrosol and oleocanthal, so we’ll be diving a bit deeper into their benefits here.

Hydroxytyrosol is one of the most well-studied olive oil polyphenols/ phenolic compounds, and it's known for contributing to many of olive oil’s health benefits. It’s also present in the olive fruit and leaves, which can be used to make hydroxytyrosol-rich olive leaf extract supplements.

Hydroxytyrosol is so beneficial that European regulation states that an olive oil product can only claim health benefits provided there are at least 5 mg of hydroxytyrosol (and its derivatives) present per 20 g (or about 2 tbsp) of olive oil.

The beneficial effects of hydroxytyrosol are highlighted below.

Oleocanthal falls under the umbrella of secoiridoids, and it's the polyphenol/ phenolic compound responsible for giving extra virgin olive oil its classic peppery bite. Oleocanthal has similar properties to hydroxytyrosol, plus a few unique perks.

Oleic acid is an extremely beneficial type of monounsaturated fatty acid. Olive oil can be composed of up to 83% oleic acid—more than any other oil.

Phytosterols are a class of bioactive compounds found in olive oil and a number of other healthy plant foods, including nuts and whole grains. Olive oil contains several phytosterols, including B-sitosterol and campesterol.

Squalene is a triterpene acid found in olive oil. In fact, olive oil is composed of about 0.7% squalene—more than just about any food.

Tocopherols is just a fancy way to say vitamin E, and a teaspoon of olive oil contains about 10% of your daily value for this nutrient. Olive oil's tocopherols have topical benefits, too!

According to Dr. William Li, M.D., internal medicine physician and author of Eat to Beat Disease, olive oil monovarietals made from Koroneiki, Picual, and Moraiolo olives are a surefire way to ramp up your dietary intake of polyphenols. Specialty olive oil retailers are more likely to carry these monovarietals.

But these aren’t the only olive oils that pack a bioactive punch—in general, more robust, earlier harvest extra virgin olive oils will contain the highest concentration of polyphenols, as long as they’re not too old, and all types of olive oil contain relatively equal amounts of phytosterols, oleic acid, and vitamins E and K.

Wondering if the olive oil in your pantry is up to snuff? Do an olive oil taste test: Pour a tablespoon or two into a cup, warm it a little in your hand and take a sniff. Then take a sip as you would during a wine tasting. Aerate the oil a bit before breathing out through your nose. Swallowing some of the oil will reveal the peppery, pungent characteristics in the throat—this is where the coughing part can come it!

You should notice a somewhat bitter and peppery taste which is an indicator of a high polyphenol content. A pleasant grassy or vegetal flavor is also a good sign that it is an earlier harvest oil. But it should never taste rancid.

Clearly, olive oil owes many of its health benefits to its powerful bioactives. And because it's one of the richest dietary sources of these compounds on the planet, using a high quality extra virgin olive oil for most of your culinary needs can go a long way in supporting your body and preventing disease.

Keep in mind: The polyphenols and other bioactives in EVOO act synergistically with the bioactives in other plant foods as well. Meaning, they boost each other's bioavailability and beneficial effects—so to really optimize health, try to load up on a variety of fruits, veggies, nuts, seeds, whole grains, and other nourishing foods typical of a Mediterranean diet.

Need more inspiration to ramp up your olive oil consumption? Check out our article on the 10 Science-Backed Health Benefits of Olive Oil.