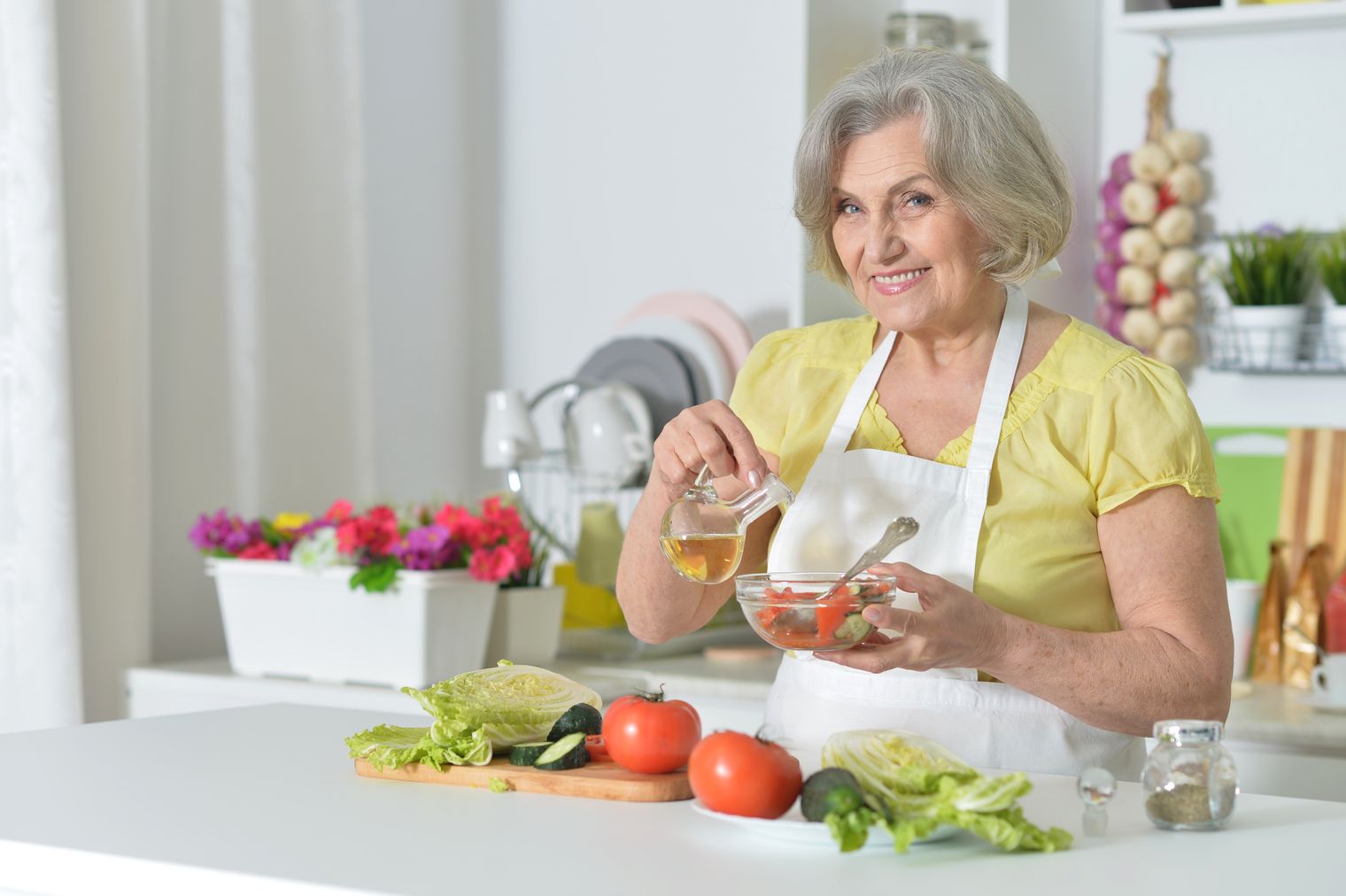 There’s no denying it, we’d all love to add years to our lives — as long as those years are vibrant, healthy, and well worth living. And while scientists have been working hard to home in on compounds and drugs that may boost lifespan, the truth is, we already have so many natural tools at our disposal to do just that — from getting more physical activity to simply increasing our intake of fruits and veggies.

Perhaps one of the most significant dietary strategies to support healthy aging and boost lifespan is the Mediterranean diet. Research has found that consuming a Mediterranean-style diet containing vegetables, legumes, fruits, nuts, whole grains, fish, monounsaturated fats, and a small amount of meat is associated with a 20% decreased risk of all-cause mortality and 12% decreased risk of death from cancer. The Mediterranean diet’s benefits are further supported by the fact that two of the longest living populations on the entire planet (the people of Sardinia, Italy, and Ikaria, Greece) reside by the Mediterranean Sea.

While many factors likely contribute to the overall magic of the Mediterranean diet and lifestyle, researchers believe that one component in particular may give it an extra health-boosting, anti-aging edge — extra virgin olive oil (EVOO).

EVOO is associated with a host of benefits and contains beneficial fatty acids and polyphenol compounds that may reduce risk of heart disease, cancer, dementia, and other chronic diseases, and researchers are now zeroing in on key mechanisms by which olive oil and its constituent nutrients may counteract and slow the aging process at the cellular level.

Olive oil consists primarily of heart-healthy, anti-inflammatory monounsaturated fatty acids, or MUFAs. Over the years, these beneficial fats have been associated with a range of perks, including reduced risk of coronary heart disease and optimized cholesterol levels, but recent research has revealed their anti-aging potential on a cellular level. A 2020 study found that consumption of monounsaturated fats activates SIRT 1, a longevity enzyme.

SIRT 1 falls under a class of enzymes or proteins called sirtuins, which regulate biological pathways, turn certain genes off and on, and help protect cells from age-related functional decline. Specifically, SIRT 1 has been shown to trigger the formation of new mitochondria (the “powerhouses” of our cells that produce energy, ATP, that fuels various bodily processes), and boost lifespan and delay aging in animal studies.

Authors of the recent study speculate that these findings may help explain the benefits of an olive oil rich Mediterranean diet and the increased lifespans of those living in the region. Another compound that happens to activate SIRT 1 enzymes is resveratrol, found in grapes and red wine — another Mediterranean staple!

Oxidative stress is caused by too many free radicals and too few antioxidants in the body. Free radicals are a natural byproduct of metabolism, but they can accumulate excessively due to things like a highly processed diet, excessive exposure to the sun’s UV rays, and pollution. Some experts believe that oxidative stress is a key driver in aging and contributes to the progressive loss of tissue and organ function over time due to the accumulation of damage to macromolecules (lipids, DNA, and proteins).

Oxidative stress and DNA damage caused by the sun’s UV rays can also promote the breakdown of collagen and the acceleration of fine lines and wrinkles — so loading up on olive oil and other antioxidant-rich foods may help combat outward signs of aging as well. And we’re definitely not complaining about that!

3. It may preserve your precious telomeres.

Telomeres are the end caps on your chromosomes that help protect your DNA — some people equate them to the plastic tips on shoelaces that prevent the fabric from unraveling. The longer telomeres are, the better, as shorter telomeres are associated with decreased life expectancy and increased risk of age-related chronic diseases such as heart disease and Alzheimer’s.

While we’re not in complete control of our telomeres (genetics plays a big role), diet and lifestyle do play a part. Studies have shown that eating a Mediterranean diet is associated with increased telomere length within leukocytes (a type of white blood cell in the body), possibly due to decreased oxidative stress from consuming a diversity of nutrient-dense, plant-based foods such as olive oil. (The one downside: These results were true among white study participants, but not African American or Hispanic; so unfortunately, the potential telomere-protective effects of olive oil may not extend to everyone.)

Hydroxytyrosol is one of extra virgin olive oil’s major polyphenol compounds. It’s associated with a range of benefits, thanks to its antioxidant, antimicrobial, and anti-inflammatory properties — which we’ve known about for a while. But hydroxytyrosol’s benefits for aging are just beginning to come into focus.

In a recent study, hydroxytyrosol was found to increase levels of AMPK, an enzyme that’s getting a lot of buzz in the longevity world for its ability to reduce inflammation, boost production of mitochondria, and (perhaps most importantly, from an aging perspective) promote a process called autophagy.

Autophagy is a cellular clean-up process by which cells essentially disassemble and clear out their dysfunctional and worn out components, which results in a more optimally functioning cell (and thus, a more optimally functioning you). Because autophagy starts to naturally decline as we age, some researchers believe that maintaining habits that promote autophagy can, in turn, promote longevity.

Extra virgin olive oil is a nutrient-rich powerhouse that not only boosts the flavor of your meals, but may boost your lifespan, too, via several different mechanisms. Of course, no single food on its own is a magic bullet for health and longevity — so if you want to truly reap the anti-aging perks of EVOO, consume it in the context of a Mediterranean-style diet.