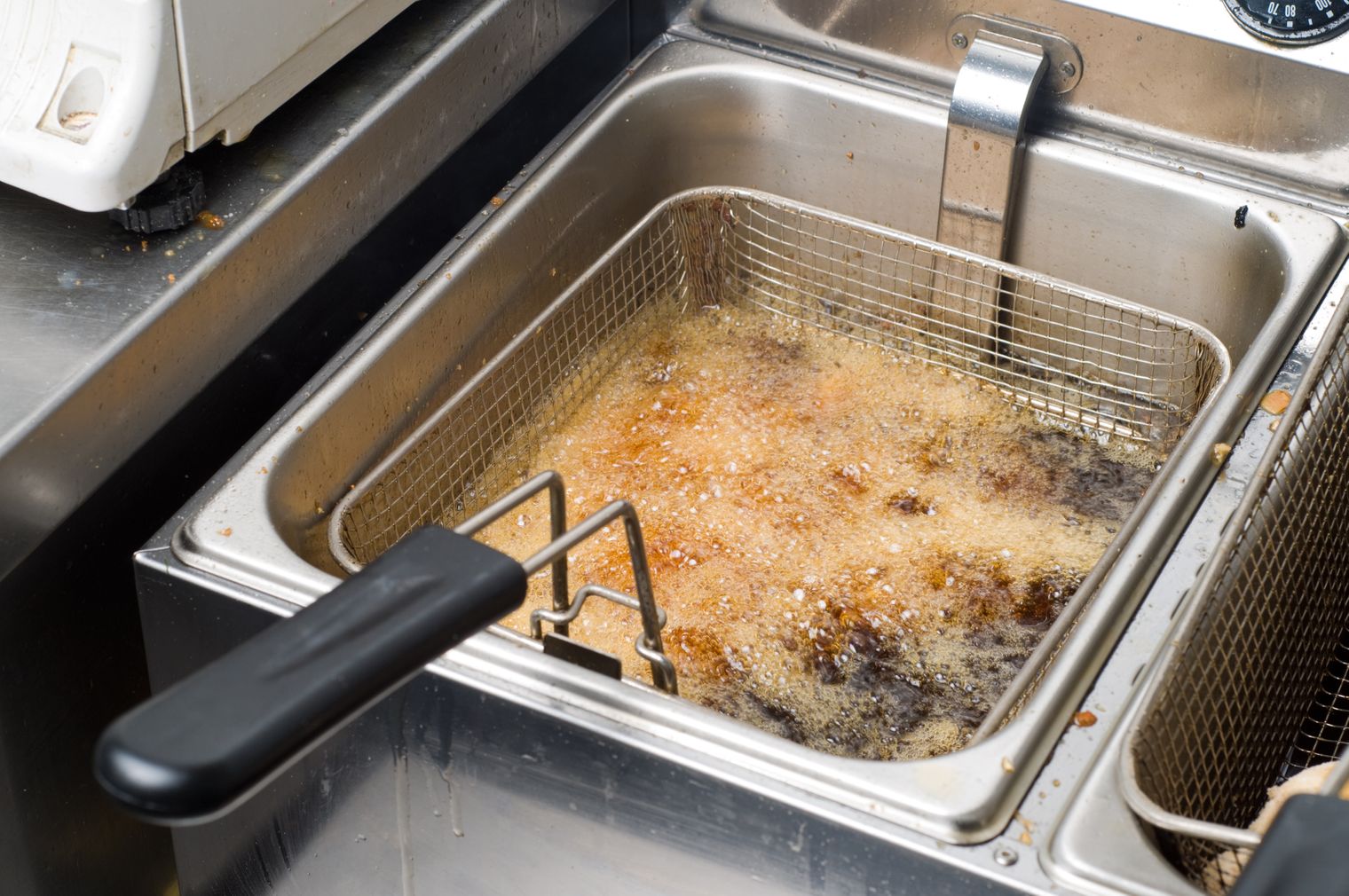 Can You Fry With Extra Virgin Olive Oil?

There are so many myths surrounding extra virgin olive oil—and a lot of them have to do with whether or not you can heat it up and still preserve its integrity. While we’ve already established that cooking with EVOO is perfectly safe and healthy (baking, roasting, sauteeing veggies for a stir-fry, etc), many people still wonder: What about frying?

For some reason, people have gotten the idea that pan-frying and deep frying must be done at very high heat temperatures (beyond EVOO’s smoke point) that would oxidize EVOO’s fatty acids and impart funky flavors—but that’s simply not the case. In fact, doing all sorts of cooking, including frying, with extra virgin olive oil is pretty common in Mediterranean regions.

So, yes, you can fry and deep fry with extra virgin olive oil. Here’s why it’s a smart choice:

The ideal temperature for frying is lower than you think

Whether a food is shallow-fried in a pan or deep-fried in a pot, the ideal temperature is around 350-375⁰ F, which is similar to baking temperatures, according to multiple culinary resources including Food Network, Taste of Home, and Fine Cooking.

In fact, everything from fried chicken to churros to donuts falls within this range. Any lower and your food will get greasy, any higher and things will burn. As you’ll soon learn, heating EVOO to these temperatures is almost always acceptable, especially if it’s a high quality olive oil.

Studies suggest that extra virgin olive oil’s smoke point ranges from 350⁰ to 410⁰ F, which encompasses most types of cooking—including, as you just learned, frying and deep frying. A higher quality olive oil will have an even higher smoke point (possibly up to 425⁰ F) due to its lower free fatty acid content and higher levels of polyphenols and antioxidants.

Additionally, olive oil is extremely high in monounsaturated fats—super healthy, heat-stable fats that are less prone to oxidation than polyunsaturated fats. EVOO also has high levels of polyphenols, which further resist oxidation during prolonged heating. These findings were established after a 2018 study in the ACTA Scientific Nutritional Health Journal revealed that olive oil produced lower levels of harmful polar compounds and oxidative byproducts than other cooking oils, even when heated to temperatures as high as 465⁰ F.

Pro tip: Keep track of your EVOO’s temperature when frying

EVOO is safe to use when frying, as long as you don’t go above the 350-375⁰ F range. Beyond that, your oil may start to smoke, develop off flavors, and produce unhealthy pro-inflammatory compounds. That’s why it’s so important to always check your olive oil’s temperature—to make life easier, use a kitchen thermometer that hooks to the side of your pot or pan.

Extra virgin olive oil is safe for all types of frying and can ramp up the flavor of french fries, sweet potato fries, fish tacos, fried chicken, churros, and more. And while frying isn’t the healthiest way to cook, frying with EVOO is just about the healthiest way to do it! Keep in mind, frying with high quality EVOO will be more expensive than frying with a cheaper, lower quality cooking oils such as canola oil, vegetable oil, or sunflower oil—but the benefits are well worth it.