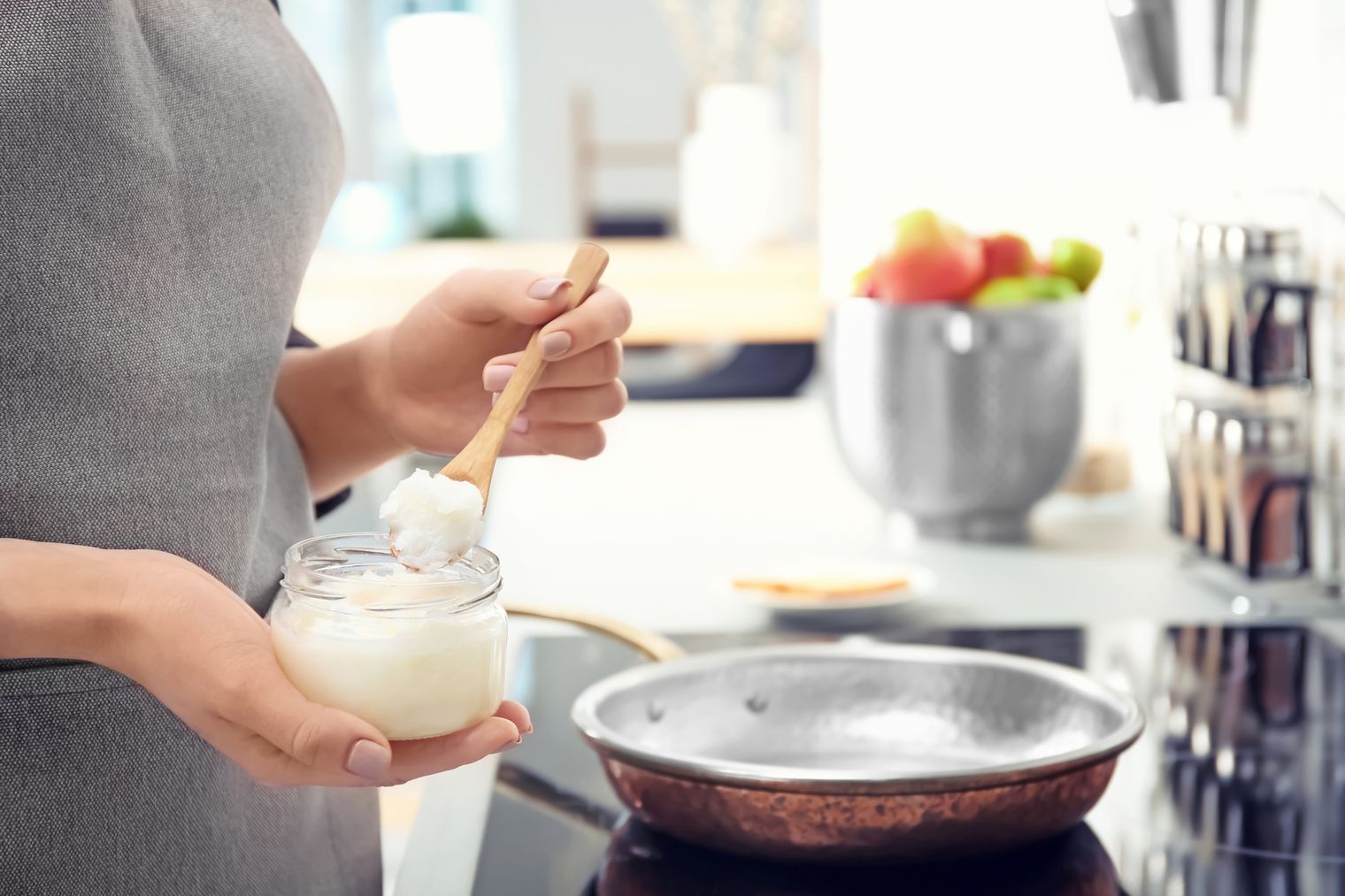 Olive Oil vs Coconut Oil: How Do They Compare?

There’s no question that certain fats can be seriously healthy. After all, fat is an essential macronutrient that helps you absorb other nutrients, keeps you fuller for longer, and acts as a key building block for your body’s hormones. Certain fats can even boost neurogenesis (the creation of new neurons, or brain cells) and thereby brain functioning!

Not all fats are created equal, though—and when it comes time to pick a cooking oil, things always feel so complicated! In fact, you’ve probably found yourself deliberating between olive oil and coconut oil at some point. After all, both of these oils have been dubbed “superfoods” by the media, and coconut oil has gotten a lot of love from the paleo diet and keto diet crowds lately.

But being trendy doesn’t necessarily equal bigger health benefits. Here, we break down the differences in nutrition, health benefits, taste, and culinary (+ other) uses for olive oil and coconut oil, so you can decide which deserves that primo real estate in your pantry.

Olive Oil Vs Coconut Oil: The Different Types + How They’re Made

Both olive oil and coconut oil come in several different types or grades. These can vary in terms of health benefits (which we’ll get to below), so it’s important to have a basic understanding of the different options and how they’re produced.

In its simplest form, production of high quality extra virgin olive oil involves: picking and washing the olives, grinding and mixing olives into a uniform paste, separating the solids (or pomace) from the liquid oil, and filtering or racking the oil. Any processing and refinement beyond these basic steps typically results in a lower quality, less flavorful oil with fewer health benefits.

These are the main types of olive oil you’ll find in stores:

Coconut oil is made from—you guessed it—the “meat” of coconuts. Like olive oil, it can be minimally processed or highly processed, which alters the flavor and potential health benefits. Here are the two main types of coconut oil you’ll find in stores, both of which are solid at room temperature and often sold in glass or plastic canisters:

If you quickly glance at a nutrition label, olive oil and coconut oil may look similar (for example, they have the same amount of total fat), but their breakdown of specific fatty acids and bioactive compounds is actually quite different. Spoiler: Olive oil has a healthier fat profile and more bioactive compounds, including various antioxidants. Let’s take a look:

One tablespoon of olive oil contains the following, according to the USDA:

Olive oil is well known for its abundance of healthy monounsaturated fats, which have been linked to reduced inflammation and improved heart health. Specifically, olive oil’s fat content may be up to 83% oleic acid, a subtype of monounsaturated fat with anti-cancer and anti-inflammatory properties, and which has been shown to reduce “bad” LDL cholesterol. Olive oil contains very little saturated fat.

It also contains contains a variety of healthy plant compounds, including polyphenol antioxidants (oleuropein, hydroxytyrosol, and oleocanthal), vitamin E, phytosterols, squalene, chlorophyll, and carotenoids such as lutein that have been linked to benefits such as reduced inflammation and lower cholesterol. These are most abundant in EVOO.

One tablespoon of coconut oil contains the following, according to the USDA:

Olive oil is generally regarded as healthier than coconut oil by nutrition experts. There’s also been much more high-quality research on olive oil to support its health benefits. But that’s not to say coconut oil has zero perks. Here we break down the main health benefits of each, plus some important caveats:

Olive oil has upwards of 12,000 scientific studies published on its various health benefits. Here’s a summary of its most exciting perks (and if you want to learn more, check our full article on the health benefits of olive oil).

Some proponents claim coconut oil can melt away belly fat, boost brain health, strengthen the immune system, support healthy cholesterol levels, and more. But when you sift through all the hype, what can coconut oil actually do? Here’s a realistic look at it’s potential health benefits:

Important to note: While coconut oil is often said to have health benefits due to its high concentration of medium-chain triglycerides (MCTs) in the form of lauric acid, this may not be entirely accurate. Yes, MCTs have a shorter chemical structure than other fats, allowing them to be quickly processed by your liver, and some research suggests this aids in weight loss and brain function. However, an article published by the Harvard T.H. Chan School of Public Health states that “many of the health claims for coconut oil refer to research that used a special formulation of coconut oil made of 100% medium-chain triglycerides (MCTs), not the commercial coconut oil most available on supermarket shelves.”

Is There A Difference In Taste?

Yup, there’s a big difference in flavor, especially among EVOO and unrefined coconut oil, and this may affect how you want to use them.

Given it’s range of flavors and the fact that it’s liquid at room temp, olive oil is an ultra convenient culinary oil to use in salad dressings, dipping or finishing oils, baked goods, and to saute or roast meats and vegetables. (Here are some tips on how to use each type of olive oil.)

Because coconut oil is solid at room temperature, it’s less convenient for making salad dressings or marinades. However, it’s still a good cooking oil given its relatively high smoke point. Try unrefined coconut oil in a stir-fry or curry to infuse a subtle coconut-y taste, or use refined coconut oil to keep your flavors clean. Either type works well in baked goods, too, and some people even blend it into their coffee for a filling breakfast treat (a.k.a. bulletproof coffee).

There’s no denying that olive oil has a superior composition of fats, bioactive compounds, and research-backed health benefits compared to coconut oil. And while coconut oil can still be a part of a well-rounded diet (especially if you eat an abundance of vegetables, fruits, nuts, and other minimally processed foods), you still don’t want to go totally overboard—a good chunk of research to date suggests that it may increase levels of “bad” LDL cholesterol if consumed in excess, which is why the American Heart Association does not recommend coconut oil.