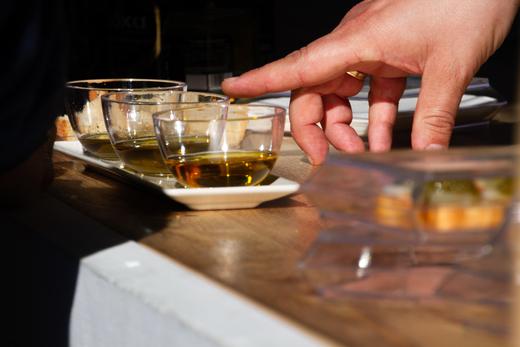 There are hundreds of olive varieties in the world, but a few reign supreme. The Picual olive is such an olive. Grown primarily in Spain – and increasingly in other places around the world, like California and Portugal – the Picual produces a whopping 30% of the world’s olive oil. How did this olive reach such an exalted status? We’ll explore the world’s most prolific olive here.

For those of us who aren’t lucky enough to live in the Mediterranean, the olive can seem like something of a mystery. We’re used to seeing them soaking in brine at the grocery store or drizzled atop bread in olive oil form. Of course, they underwent quite the process to get to us.

As green olives have a natural bitterness, they need to be cured before they can be eaten. Olives are cured by oil-curing, brining, dry-curing, and more. Curing is a preservation and flavoring process that adds salt to draw moisture outside of the food.

Keep in mind that the olives that go into oil are not cured. This is where good extra virgin olive oils (EVOO) get their telltale peppery, slightly bitter taste. Olive oils that are very spicy and peppery were harvested early, when they were green. Sweeter olive oils were made from olives harvested later in the season.

What types of olive are used for olive oil?

There are hundreds of different olive varieties (also known as “cultivars”) that are grown around the world. According to Eataly, there are at least 400 known varieties just in Italy. There are more than 262 different cultivars grown in Spain.

The cultivar affects the olive’s shape, color, and flavor. Olive oils are either a blend or monovarietal (also called monocultivar), which means they were made from a single olive cultivar. As with wine, however, it’s not just about the fruit itself. The taste of the olive, and the eventual olive oil, depends upon the cultivation, the harvesting, the milling, the terroir and the way in which it’s grown.

Over time, a few cultivars have risen to the forefront thanks to their wonderful properties for making olive oil. The most popular is the Picual olive, which originally comes from Spain. Here’s what makes the Picual olive so special.

What is a Picual olive?

Picual olives are the most common variety in Spain, the country that produces the greatest supply of the world’s olive oil.

The word “picual” refers to the shape of the olive, which comes to a pointed tip. According to Olive Oils from Spain, there are approximately 900,000 hectares producing Picual olives in Spain, primarily in Jaén, Córdoba, and Granada. The tree has spread to other areas in the country, like Castilla-La Mancha, and other parts of the world, like California, Morocco, and Australia.

Why is the Picual olive so special?