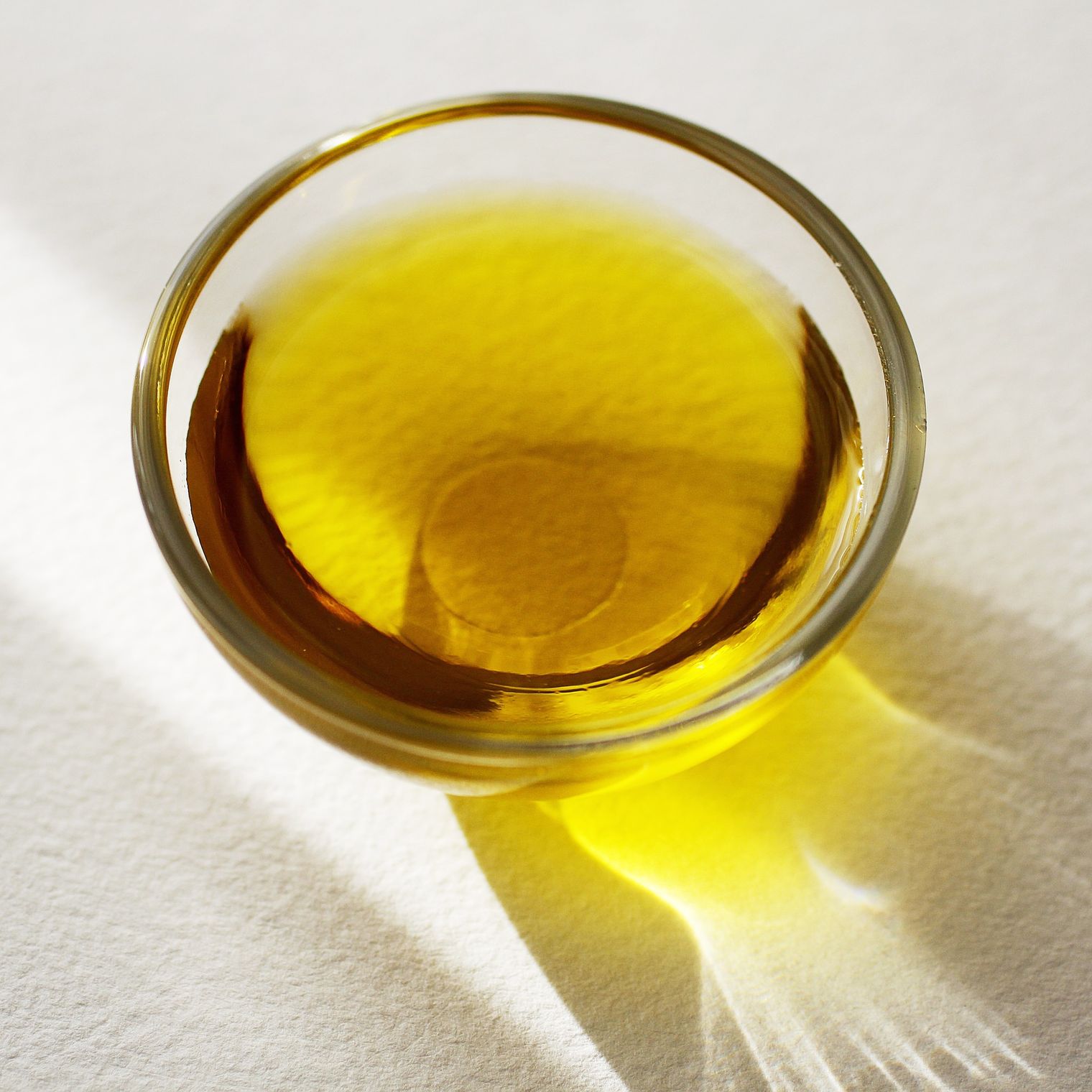 With countless skin care options at the drugstore and even more online, how is one to choose a moisturizer?

We have a tempting alternative: could it be that the best moisturizer with the most health benefits is already in your pantry?

Olive oil has been used since ancient times as a moisturizer for skin and hair. These days, however, coconut oil has been getting all the beauty world and wellness buzz. From haircare to lip balm to coconut pulling – a dental health trend where you swish oil in your mouth for anywhere from 5 to 20 minutes – coconut oil seems like it can do it all.

But which is better for skin care? While they both deliver a boost of moisture and a smooth, silky sheen, there are some key differences between these two hydrating natural oils. We’ll compare the two here.

Benefits of Coconut Oil vs. Olive Oil for Skin Care

Rich and lush, coconut oil is a natural moisturizer. It makes skin feel soft, supple, and smooth, and gives off a light, glowy sheen.

That said, there are two types of moisturizers: occlusives and humectants. Oils, including both coconut oil and olive oil, are occlusives.

Occlusives coat the skin and keep moisture inside so that it doesn’t evaporate.

Humectants attract moisture from the environment or the ingredients in the product itself and draw it into the skin. Two humectants commonly used in skin care products are hyaluronic acid and glycerin.

Coconut oil also contains high amounts of linoleic acid. This is an unsaturated omega-6 fatty acid that acts as an emollient and can also boast some anti-aging benefits, too. An emollient soothes the skin, leaving it feeling silky-smooth and supple.

Olive oil is also an emollient, so skin feels smooth and moisturized.

Both coconut oil and olive oil are occlusive moisturizers, which means they do a good job sealing moisture in. They’re also emollients, so they soothe and smooth the skin for a lush, moisturized feel. However, they don’t draw moisture into the skin.

To make either oil a more well-rounded moisturizer, combine it with another product that contains a humectant.

Some studies have found that the medium-chain fatty acids found in virgin coconut oil have impressive antimicrobial properties. These fatty acids, which are a form of saturated fat, make up 65% of the total composition of virgin coconut oil. Lauric acid, which makes up 49%, is particularly effective at killing harmful microorganisms and bacteria.

One interesting study compared the effectiveness of olive oil and coconut oil on individuals with atopic dermatitis (also known as eczema) caused by Staphylococcus aureus bacteria on the skin. In the end, only 5% of subjects using coconut oil were still positive, compared to 50% using olive oil.

As such, coconut oil can be used on skin infections caused by bacteria or fungi, like athlete’s foot, folliculitis, and acne.

Some research shows that olive oil can help kill the bacteria that causes acne to form, though more studies are needed, as this sample size was rather small.

Thanks to the power of lauric acid, one of the medium-chain fatty acids in coconut oil, coconut oil has impressive antimicrobial and anti-fungal properties. It can be used for athlete’s foot and other mild skin maladies. Extra virgin olive oil also contains polyphenol compounds that are shown to be antimicrobial, though these are less effective at killing microorganisms than coconut oil.

As cosmetic chemist Ee Ting Ng told Byrdie, "The fatty acids prevalent in olive oil—and all plant oils and butters in general—are the very food source for acne-causing bacteria and yeasts to grow.” As such plant oils may not be the best choice for those with acne.

Olive oil can also cause a breakout on acneic skin, but it is lighter than coconut oil so it could have better results. We suggest doing a spot check on your chin line or another more hidden spot before you apply either oil to your whole face.

Does it have antioxidants?

Antioxidants help with oxidative stress, a process that can produce free radicals. These are potentially dangerous chemicals that can damage cells and could lead to the development of cancer, in the worst cases.

Coconut oil does contain antioxidants, but not to the extent of EVOO. As Dr. Qi Sun, an associate professor of medicine at Harvard Medical School told the New York Times, “While it’s true that extra-virgin coconut oil, like extra-virgin olive oil, contains phytochemicals, most of the coconut oil on the market is refined and provides few of those antioxidants.”

EVOO, on the other hand, is not refined, so it retains an impressive amount of antioxidants.

And there’s more: some intriguing research suggests that applying olive oil after sun exposure could protect against cells that cause cancer.

In this study, researchers applied olive oil to the skin of mice that had been exposed to potentially dangerous UV rays. The mice with olive oil had significantly less tumor growth than the mice that did not have olive oil on the skin. More studies are needed on the effects on human skin, but it is an exciting finding.

As the professor mentioned, while coconut oil has antioxidants, the refining process doesn't do much good for getting those antioxidants to you, the consumer, leaving olive oil the victor when it comes to antioxidant benefits.

Which is Better: Coconut Oil or Olive Oil?

To sum up, neither is “better” across the board. Coconut oil and olive oil have a lot in common, when it comes to skin care benefits.

If you’re looking for specific benefits, however, there are a few key differences to note.

Coconut oil has more antimicrobial properties, making it a better choice for fighting funguses and infections.

As coconut oil feels heavier than olive oil, some may feel it’s too strong for the face. Others will love the rich feel. In the end, it comes down to preference.

How to Apply Coconut Oil to the Skin

To get all the benefits of coconut oil, you’ll need the good stuff. Start with a 100% pure, unrefined, organic coconut oil.

As coconut oil is occlusive, it will keep your other products from seeping into the skin. Be sure to apply it as the last step to your regimen (beneath sunscreen during the day, of course!)

For best results, apply when skin is wet and avoid applying alongside essential oils.

Coconut oil hardens at room temperature, so massage it in your hands until it liquifies and then apply wherever you need it.

Use coconut oil as a makeup remover to remove waxy products like waterproof mascara and eyeliner.

Too much coconut oil can cause clogged pores because of the total fat, depending on your skin type. Starting with a thin layer is best.

How to Apply Olive Oil to the Skin

Ideally, start with an organic, non-GMO extra virgin olive oil (EVOO). This olive oil contains the highest concentration of antioxidants and vitamins like vitamin E, and uses no preservatives.

As olive oil is an occlusive moisturizer, sealing in moisture, it should be applied at the end of your skin care regimen after using cleansers, serums, and even moisturizers. (By day, it should be your last product before sunscreen!)

You might choose to mix your olive oil with another moisturizer. As always, apply right out of the shower or bath, when your skin is still a little wet.

Don’t overdo it! A thin layer works wonders. Too much can cause clogged pores, especially for acne-prone skin or already oily skin conditions. 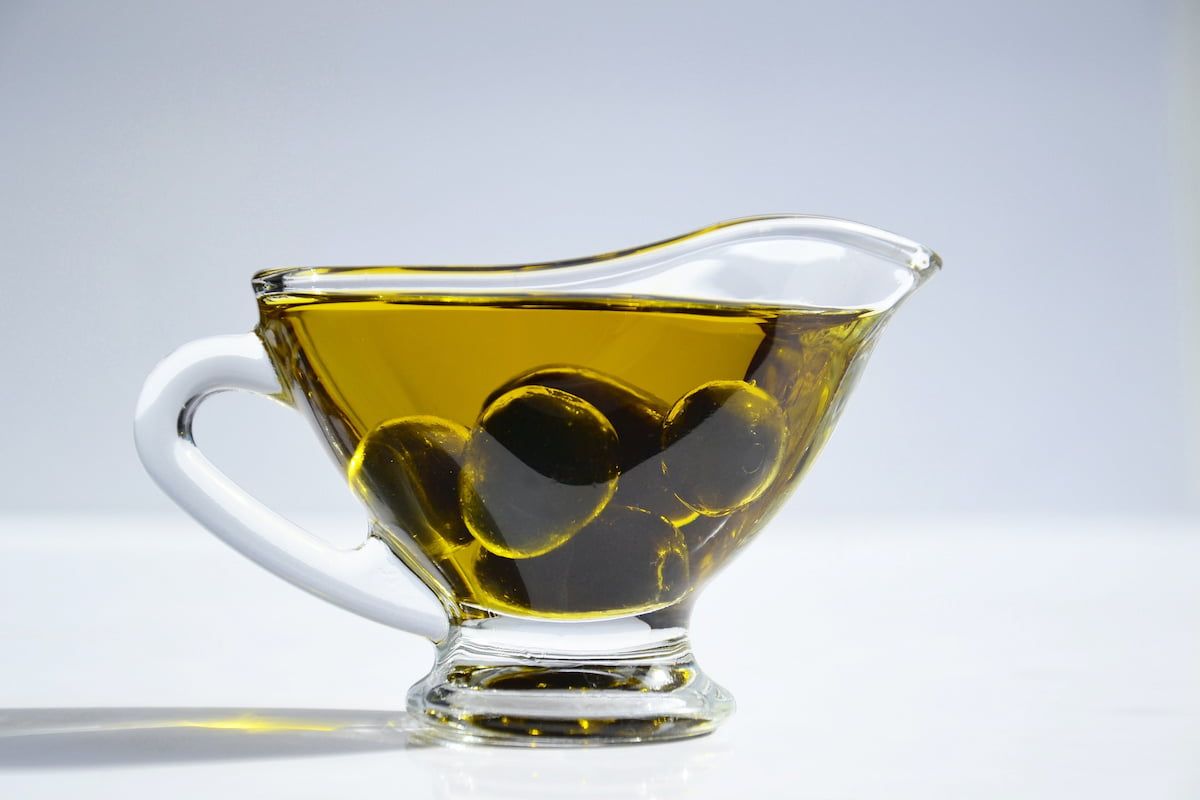 4 Simple Ways To Add Olive Oil to Your Diet 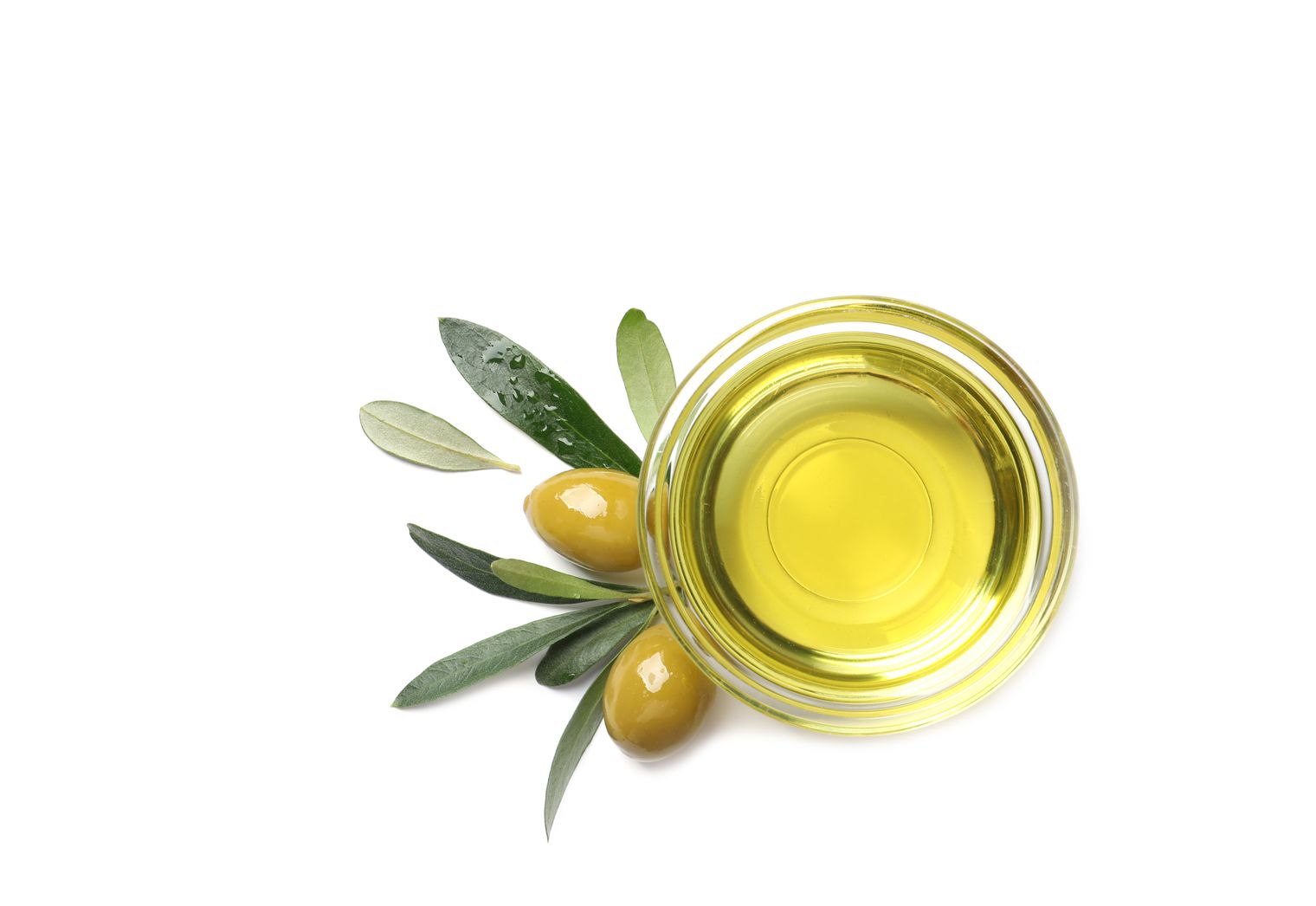