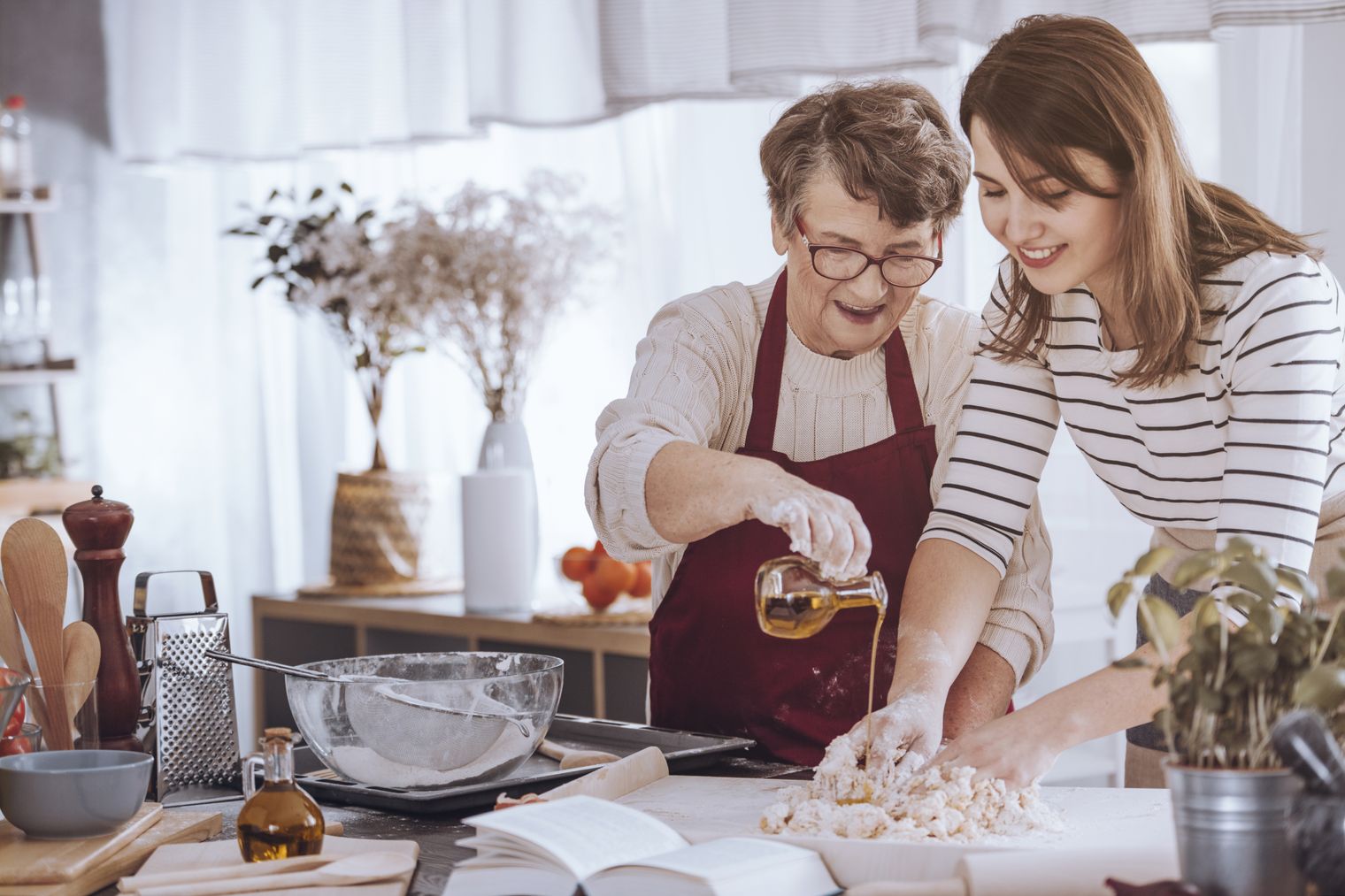 Earlier this year, the U. S. Food and Drug Administration (FDA) approved an intravenous drug that might slow down cognitive decline in people in the early stages of Alzheimer’s disease (AD), a common type of dementia that involves the gradual loss of memory and thinking ability. However, there was so much doubt about the drug’s effectiveness, and so much concern about the potential for serious side effects, that three members of the FDA advisory committee resigned to protest the FDA’s decision.

In contrast, the results of recent research in Greece suggest that extra virgin olive oil (EVOO) could offer a safe, effective, simple, and affordable way to delay the onset of serious Alzheimer’s symptoms.

How safe is it to use a lot of olive oil?

For millennia, the people living in the area around the Mediterranean Sea have been eating large quantities of olive oil as part of a traditional Mediterranean diet. Since ancient times, olive oil’s health benefits have been celebrated. Neither the latest invention nor a short-lived fad, olive oil is a time-tested natural product—basically the juice of olives.

Why do scientists believe olive oil can help prevent Alzheimer’s?

For decades, scientists have been studying the numerous health benefits of olive oil in controlled laboratory experiments and clinical trials. For example, a 2018 study showed that EVOO rich in the natural phenolic compound oleocanthal can be used to treat symptoms of Alzheimer’s disease in mice when it is consumed as part of their daily diet. Other animal studies have also suggested that EVOO could help prevent, slow down, or stop the progression of AD.

However, while studies of olive oil’s ability to help prevent or treat Alzheimer’s focused on mice, too little was known about treatments for human beings. To help fill this gap, Greek scientists embarked on the six-year MICOIL study, the world’s first, most detailed clinical trial in humans to test the effect of long-term consumption of extra virgin olive oil on mild cognitive impairment (MCI) in the elderly. Appearing before the more severe symptoms of Alzheimers, MCI is an early-stage decline in thinking skills that is usually followed by worsening Alzheimer’s symptoms. For years, scientists have been searching for ways to stop MCI patients from getting worse. The new FDA-approved drug offers a possible, but a controversial, solution. EVOO may provide a better one.

Working on the MICOIL study, Greek scientists from Alzheimer Hellas, the World Olive Center for Health, Aristotle University, and the National Kapodistrian University of Athens have good reasons to believe that EVOO can benefit patients with MCI. Their eight scientific publications provide several different types of evidence that a long-term diet rich in extra virgin olive oil can help protect against mild cognitive impairment and Alzheimer's disease in humans, without any undesirable side effects.

According to Dr. Anastasia Pantazaki, a chemistry professor at Aristotle University and a MICOIL researcher, the goal of the first part of the MICOIL study was to see whether giving extra virgin olive oil to people with mild cognitive impairment could help stop them from getting severe AD. Study results suggest the answer is yes.

In the second part of the study, researchers considered the effects of olive oils with moderate to high levels of phenolic compounds such as oleocanthal, which are natural substances with antioxidant, anti-inflammatory, and neuroprotective effects, among other benefits. They wanted to know whether these types of EVOOs would have a different effect on MCI, compared to each other and to a Greek Mediterranean diet without any specific type of olive oil. The results showed that EVOO with moderate to high amounts of phenols could be even more helpful than low-phenolic olive oil, leading to a noticeable improvement in cognitive function.

The MICOIL study included a relatively small number of patients, so more clinical trials are necessary to confirm its results. To this end, a MICOIL extension study has already begun a new randomized clinical trial of high phenolic early harvest extra virgin olive oil (EVOO made from unripe olives) and its effects on the elderly with mild cognitive impairment.

What have scientists learned about olive oil and Alzheimer’s?

Scientists involved in MICOIL evaluated the cognitive health of patients in various ways in order to consider “different mechanisms of the multifactorial Alzheimer's disease,” as Pantazaki explained. For example, neuropsychological tests showed that long-term use of moderate to high phenolic EVOO “was associated with significant improvement in cognitive function” compared to the Mediterranean diet with no specific olive oil.

Moreover, researchers found that those who ate EVOO had higher levels of a neuroprotective protein than the control group who did not consume EVOO, and lower levels of the oxidative stress and inflammation that can lead to Alzheimer’s and other neurodegenerative diseases.

Another biochemical study revealed that well-established signs of AD “were restored to levels equal to those of the cognitively-healthy group” for the patients who ate EVOO for a year, while AD biomarker levels increased in the control group.

MICOIL’s most recently published article shows that consuming EVOO for a year can decrease the oxidative and nitrative stress that can damage DNA and is associated with Alzheimer’s. Those who had eaten EVOO regularly had normal biochemical markers “thanks probably to its antioxidant properties,” with DNA damage repaired, unlike the control group.

An analysis of EEG resting-state recordings of some of the MCI patients in the study demonstrated that the use of a high phenolic early harvest EVOO “reduces the over-excitation of information flow” and “increases the human brain flexibility.” That is, it helps the brain function better.

A 2021 review article by MICOIL scientists focused on “the multifunctional therapeutic potentiality of extra virgin olive oil,” discussing numerous studies that have shown “that the consumption of olive oil was associated with better overall health.” The studies reviewed associate “regular intake” of EVOO “with enhanced neuroprotective, antioxidant, anti-inflammatory, anti-atherosclerotic, anti-cancer and anti-microbial properties.”

What should we do if we are concerned about getting Alzheimer’s?

The conclusion of all the MICOIL studies to date is that extra virgin olive oil has great potential as an alternative therapy for preventing Alzheimer’s disease. For this reason, the principal investigator of the MICOIL study and chair of the Greek Federation of Alzheimer’s Disease, Professor Magda Tsolaki, recommends consuming 50 ml (3.4 tablespoons) of high phenolic or moderate phenolic extra virgin olive oil each day to help prevent Alzheimer’s.

To make this easier, Evi Psounou Prodromou, who donated Yanni’s Olive Grove’s olive oil for use in the MICOIL clinical trial, explains that the same kind of early harvest extra virgin olive oil that was used in the studies is now available as a product called MICOIL in Greece (to be distributed elsewhere soon). “Our team’s main belief,” Prodromou explains, “is that we should always remember the people who forget, and with innovative steps in collaboration with the scientific community, our purpose is to offer a non-pharmaceutical and economical approach to Alzheimer's patients.”