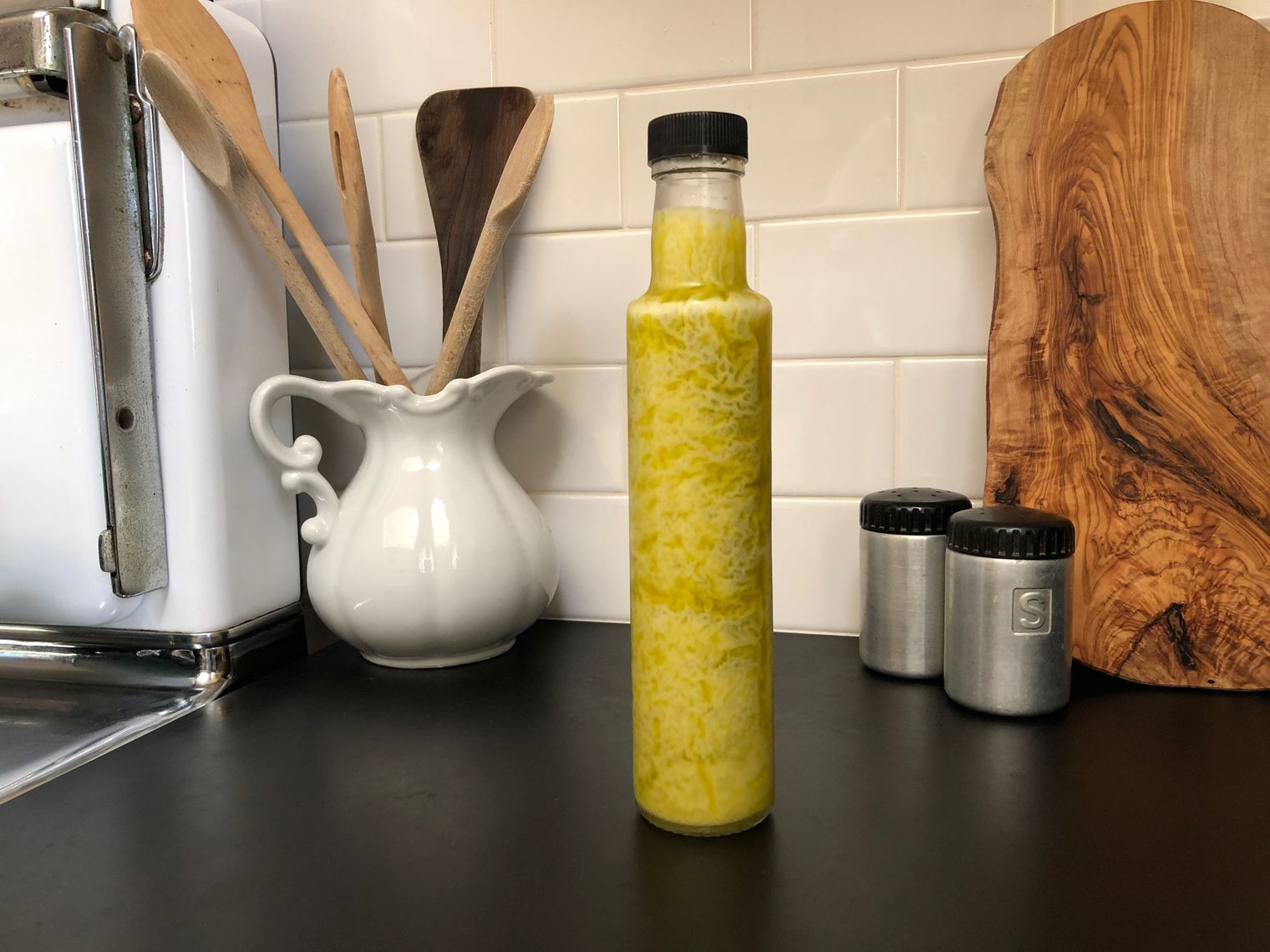 Does Olive Oil Freeze? Get the Facts

If olive oil gets cold enough, then yes, it will freeze. But most of time, what you are seeing isn't frozen olive oil, it's just... chilly oil. Oh, and we'll explain why Dr Oz was totally wrong.

At what temperature does olive oil solidify?

So what are those chunky bits in cold olive oil?

When olive oil gets cold, some of the triacylglycerols (three fatty acids on a glycerol "backbone") start to solidify. There are also naturally occurring waxes in olive oil that come from the skin of the olive that harden at low temperatures. As olive oil cools, these things cause cloudiness and/or form crystals, (aka chunky bits). The temperature when these crystals start to form will vary tremendously depending on the individual olive oil and its chemistry. This is affected by the olive variety, harvest maturity, growing climate and other factors.

A few years ago Dr. Oz declared that it was possible to determine the quality of olive oil by putting it in the fridge. If it solidified, went the theory, it's extra virgin olive oil. If it remains liquid, it's not extra virgin. Unfortunately, that is utterly wrong. The things that cause olive oil to solidify are not indicative of extra virgin quality. The photo below graphically illustrates just how wrong this "fridge test" is.

So how did Dr Oz get this so wrong? Possibly because of the practice known as "winterization" for cooking oils. This process involves slowly cooling an oil until those triacylglyerols and waxes start to crystalize and then filtering or centrifuging them out. Canola and other common cooking oils as well as refined olive oil are often winterized. The process is essential for vegetable oil that will end up in commercial mayonnaise, for example, since the crystallizing due to cold can break the emulsion and cause the mayo to separate. This winterizing process is what allows some oils—including some olive oils—to remain liquid and clear at refrigerator temperatures.

Keeping olive oil in the refrigerator

Keeping olive oil in the refrigerator is generally not recommended. First, it's inconvenient. In order to use the oil, you need to put it at room temperature for quite a while until the chunky bits warm up and disappear—which they will. This is good to know if you ever have an accidentally chilled bottle of olive oil: leave it at room temperature and it will liquify. The quicker alternative is to put the bottle of olive oil in a dish of warm water, but we know that our olive oil will maintain its quality better if it's kept cool, so that is not recommended. Second, the repeated warming and cooling of the bottle can cause condensation inside, and you never want moisture in your olive oil. So for storage, cellar temperatures in the high 50s/low 60s ºF are ideal.

All this said, oxidation does slow with cooler temperatures so refrigeration will extend the life of the oil. So if you have some fabulous extra virgin olive oil in your cupboard and you are going on vacation for a month in August, sticking that bottle in the fridge would be a good idea. Once you get home you'll take the bottle out, let it sit at room temperature for a while, and slosh it into your salad dressing. A rule of thumb: if you are worrying that much about keeping a bottle of olive oil fresh, you probably need to buy smaller bottles and/or ramp up your consumption!

Can I freeze olive oil?

So to come back to where we started, what are the reasons you might want to freeze olive oil? The most common reason is to preserve fresh herbs in a convenient form. By mixing olive oil with those chopped fresh herbs you can make frozen cubes to toss into your dishes as needed—a homemade convenience food!  If your freezer is at the correct temperature of 0 degrees F, you will effortlessly end up with herby olive oil ice cubes that can be unmolded and kept in freezer bags.

There's another reason you might play around with freezing olive oil. In a small informal experiment, the author froze a freshly-made olio nuovo to see if it maintained its special character. Olio nuovo ("new oil") is distinctive in flavor, having high pepperiness, and a very bright, green olive character. Normally the shelf life of these products is less than 6 months. An identical sample of oil was placed in cool, dark cellar conditions (~60 ºF). After six months the two samples were presented blind to a trained taste panel. Both oils were found to be extra virgin quality, but the frozen sample scored much higher for freshness and green characteristics. Interestingly, after only a few weeks, the difference in flavor between the two samples had disappeared. So if you want to experiment with freezing super-fresh olio nuovo to enjoy later, put it into an ice cube tray. Then you can thaw small quantities quickly and easily to add harvest-fresh flavor to your meal anytime!